If you weren’t one of the 100+ people able to make it to Ken Wissoker’s incredible Dissertation to First Book talk, don’t worry – I’ve got you covered. Wissoker, the Senior Executive Editor at Duke University Press & Director of Intellectual Publics here at the GC, spent 1.5 hours speaking & answering questions – all mediated by the indomitable Adashima Oyo – about the difficulties, anxieties, & myriad considerations that go into the process of turning your dissertation into a first book. Not only can  you can catch the full talk on FI’s youtube channel anytime, you can always refer to this post for the highlights. You can also stop over at FI’s twitter to see some quotes live-tweeted by FI Fellow Coline Chevrin.

First, his number one piece of advice for those of us still finishing our dissertation? Don’t stop writing.

Number two: because of the world-wide precarity of higher-education & the university system, Wissoker argues that it’s actually a productive & proliferative time for writing & publishing. Because of the precarity of the university, interdisciplinarity in programs & writing – such as the work produced out of FI –  is becoming increasingly necessary & sought after as folks strive to understand this urgent time. Thus, if something becomes popular, it tends to circulate rapidly. Wissoker argues that the preacrity of the university & the strife of the past few years have added up to a unique space of potential & possibility in writing & publishing that many writers have taken up in exciting ways.

Lastly, Wissoker is sure to mention that University Presses often only break even despite their best efforts, & depend on other mediums – such as journals or subsidies – to stay afloat. He encourages folks to think about the scale of their projects in relation to their departments.

Wissoker, led by a graceful Interim Co-Director Oyo & backed by a hard-working organizing team of FI Fellows, spent the remaining hour & change explaining the usefulness of thinking about the dissertation as a specific kind of genre, the transition from one genre to another in the process of dissertation-to-book, & answering initially curated questions from the FI Team – one contributed by Provost Steve Everett – before opening up to the wider audience. Check out a few of our favorite questions & answers below, but be sure to watch the full stream to gain the benefit of the array of topics Wissoker & the audience broached – from Wissoker’s ambivalence about book proposals to the purpose of a dissertation in the first place. (& to get his answers in his own words!)

Perhaps my favorite piece of advice from Wissoker? With all of the motivating factors urging scholars-learners to write & publish – job security, tenure, prestige – Wissoker encourages scholars-learners to put those reasons aside & write not only to figure you are & what you would like to say, but to find those with whom you resonate – to write for the “fang[x]rls”, (gender-neutralizing my own); in my own words, to write for those who experience connection, excitement, potential, & joy with, among, & alongside your work. A truly inspiring piece of advice when the university insists upon productivity, purpose, & constraint in every-thing.

We hope you can join us for another evening spent sharing time & wisdom at the Lenihan Grants Showcase on November 10th.

As long as you have an idea of what you want your book to do, yes absolutely. [Ken] has met graduate students & then published them years later. It’s never too early to talk to editors… It’s not unusual to talk to an editor about an idea, write the book, & then reach out to that editor again with the finished project. 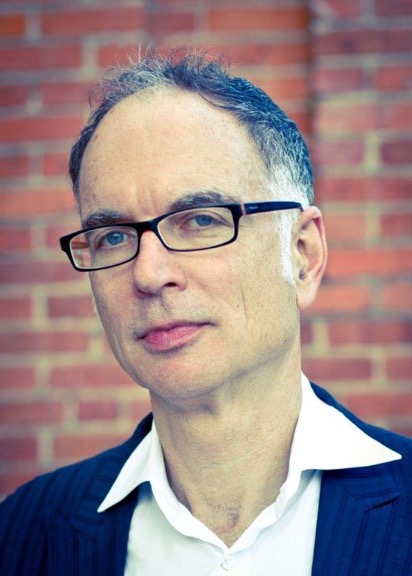 Ken Wissoker is Senior Executive Editor at Duke University Press, acquiring books across the humanities, social sciences, and the arts. He joined the Press as an Acquisitions Editor in 1991; became Editor-in-Chief in 1997; was named Editorial Director in 2005; and assumed his current position in 2020. In addition to his duties at the Press, he serves as Director of Intellectual Publics at The Graduate Center, CUNY in New York City. He has published more than a thousand books which have won over one hundred and fifty prizes. Among the authors whose books he has published are Stuart Hall, Donna Haraway, Achille Mbembe, Lauren Berlant, Jack Halberstam, Sara Ahmed, Christina Sharpe, Fred Moten, Jose Muñoz, and Lisa Lowe. He speaks regularly on publishing at universities in the US and around the world.

Nik Valdez (they/them/theirs) is a queer Chicane writer, learner, & teacher siempre making trouble at CUNY through the PhD program as a third year in English Lit. They focus mostly in queer of color theory – Black, Indigenous, & especially Latine feminisms – & abolitionist pedagogy. They are also deeply invested in indigenization as a practice & praxis.

Journals & Presses, Research
This site is part of the HASTAC network on Humanities Commons. Explore other sites on this network or register to build your own.
Terms of ServicePrivacy PolicyGuidelines for Participation